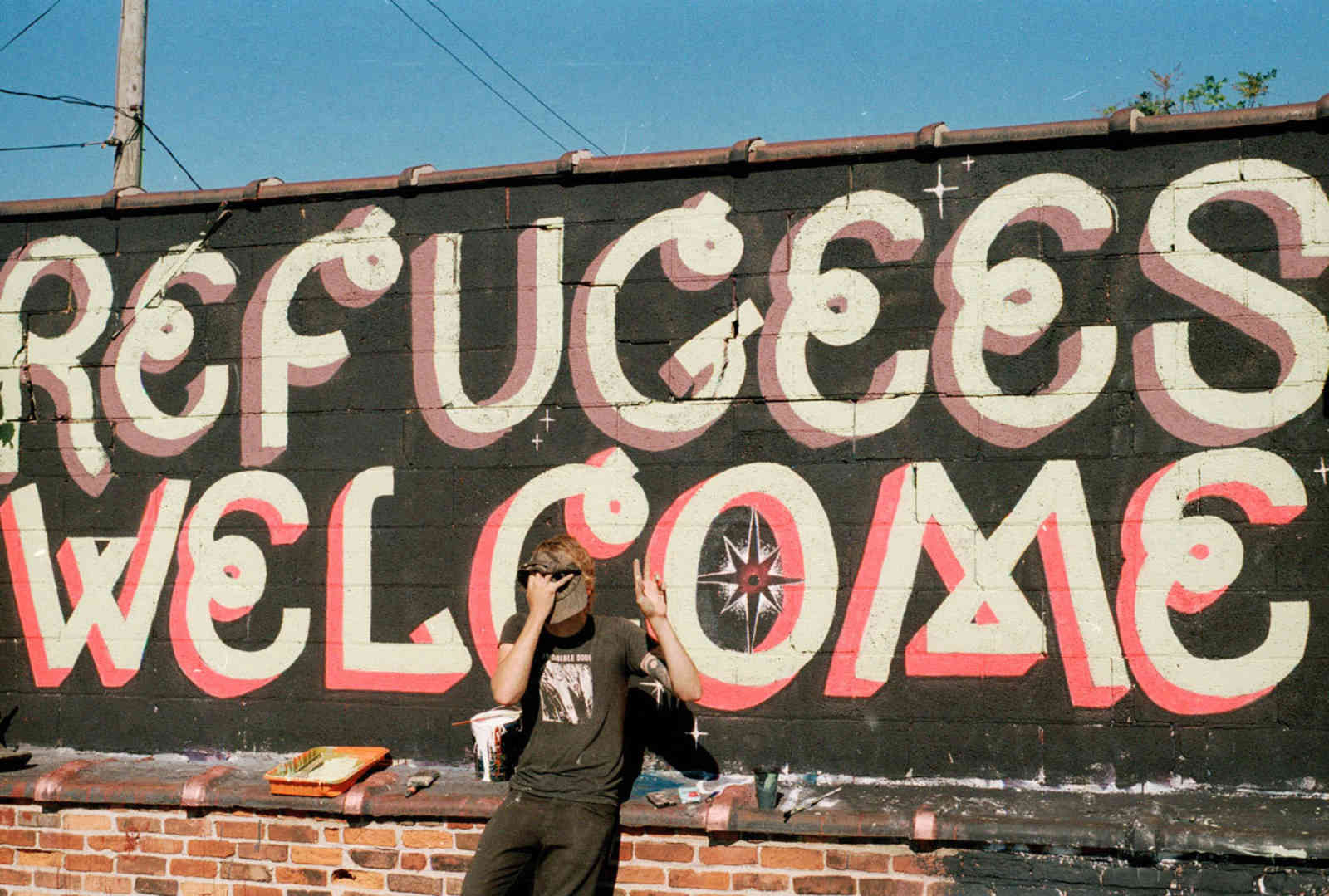 Throughout the 2010’s, a series of sketchbooks and photos documenting years of traveling itinerantly around the United States, accidentally became some of Perry’s most well-known works. Simultaneously, his large-scale works and posters have called attention to various social causes through collaborations with groups such as the Beehive Design Collective, AptArts, No More Deaths, and the UN High Commissioner For Refugees.

Perry’s ongoing series of Recital works use a fictional group of performers to animate social and emotional effects of new technologies, as well as knowledge limits and meaning-making. The works include paintings, drawings, and installs of life-size performers on highway medians and roadsides throughout the Midwest. Pat works and lives in Detroit.

2016 The House You Came From, Dorothy Circus Gallery, Rome, Italy

2012 End of the World, Compound Gallery, Portland, OR

2016 When We Fight We Win! 21st Century Social Movements and the Activists That Are Transforming Our World

2015 The Moth Arts and Literature